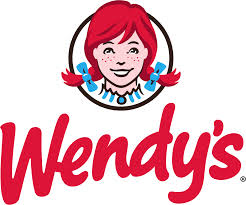 Rich Duprey of The Motley Fool reports that the third largest fast-food chain Wendy’s (NASDAQ: WEN  ) wants to strip one of its biggest restaurant operators of its franchise agreement for failing to upgrade its restaurants and install a point-of-sale system. While it could result in the franchisee being forced to close or sell its restaurants, it also brings into focus the larger issue of just how much control a parent company can exert over its affiliates.

A lone holdout
DavCo Restaurants operates over 150 restaurants in Maryland, Washington, D.C., and northern Virginia, and is Wendy’s fourth largest operator. According to Wendy’s, the franchisee has proved through word and deed it won’t remodel its restaurants or install a new POS system from NCR  (NYSE: NCR  ) .

According to the Baltimore Business Journal, DavCo had revenue of more than $220 million in 2013, but it still might be hesitating to upgrade due to its finances.

While the estimated $450,000 to $650,000 per restaurant cost of the Image Activation upgrade isn’t cheap, Wendy’s says restaurants that have completed the remodel enjoy an average 10% to 20% increase in sales. And to curb costs, Wendy’s has offered franchisees incentives to upgrade, such as paying for the software license fees, help with financing the rollout for restaurants committed to installing the system by July 2015, and offering deductions in royalty payments for one or two years after completing construction depending upon the type of remodel.