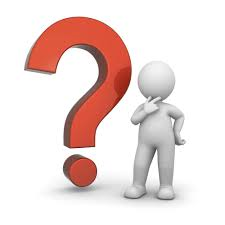 The Maine Restaurant Association has vehemently come out against the Maine Small Business Investment Protection Act (LD 1458), the Maine Association of Realtors  is also opposing the bill.

Both the Maine Restaurant Association and the Maine Association of Realtors  have taken the same position as the International Franchise Association (IFA), McDonalds, and Marriott Hotels against the bill.

The IFA, Marriott Corp and McDonalds Corp pay little to NO taxes to the state, they employ little to NO employees in the State. I’s the franchise owners that do that.

Many people within the Maine business and franchise community say the Maine Restaurant Association is very closely aligned with McDonalds Corporation and some McDonald franchisees. McDonalds has come out against the legislation, most likely because in the McDonalds franchise agreement there isn’t a renewal clause, but LD 1458 contains one.

Some McDonalds’ franchise owners are said to get renewal rights assured to them but they tend to be few and spread all over the country. Renewal Rights are a key tool for enforcement in the McDonalds system and probably 90+% of franchise agreements are renewed, which is a very good renewal rate. For the Maine Restaurant Association to vehemently lobby for a few member seems a bit odd, when they have so many other operators to draw membership from. There are 62 McDonalds in the State of Maine. There are 427 other franchised restaurants in the State.

As for the Maine Association of Realtors, it’s a little different than the Maine Restaurant Association, real estate is a different business model than food. Realtor’s establish their offices many times as independents, they may choose to join a franchise organization such as Century 21, Coldwell Banker, Better Homes and Garden, ERA, Re-Max, etc. at the end of their term some may choose to go back to being an independent, some may renew or some may even join another system. Unlike a restaurant that has a use as a Pizza Hut it’s not easy and its expensive to convert to a Tim Hortons. Realtors are not really affected much by the Maine Small Business Investment Protection Act. Most of those franchise systems already have most of the protections offered in the Maine Small Business Investment Act.

The Maine Association of Realtors  most likely have members that are Maine Franchise Owners, they are the ones that operate in the state, not the Real Estate Franchise corporations.

What do you think?