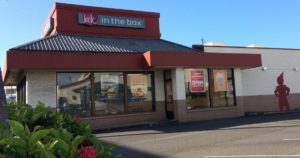 The National Jack in the Box Franchisee Association announced today that they have filed a complaint with the state of California over changes to their lease agreements that were made without their consent. The association, whose members own approximately 2,000 franchised restaurants out of 2,200 Jack in the Box locations in the United States, say the new arrangement could threaten their businesses.