The graphic below compares the growth of franchised Units in Iowa from 2004- 2007 to adjacent states and the nation.

In 1994 Iowa passed a Franchise Practices act, the reaction from the IFA and Franchisors was to boycott Iowa, in an effort to show other states what could happen if you pass a Franchise Practice law. The boycott was well known by those in franchising but you can see for yourself what a journalist wrote back in 1993 by Tracy Kolody, for the Sun-Sentinel.

The IFA published the Economic Impact of Franchising Vol 2 in 2005, and Vol 3 in 2008. The numbers below are directly from the IFA reports. The IFA has not published another volume since the great recession (2008), most likely because many franchisees took a major hit during the great recession and either closed their business or stopped growing. The numbers would be interesting but no other reports are available. We were unable to include the numbers for Vol. 1 because that report is not available online. 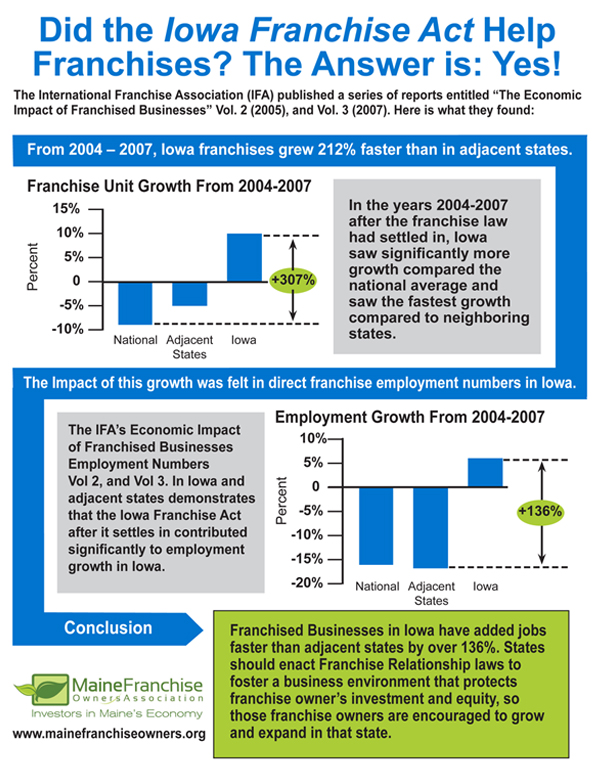