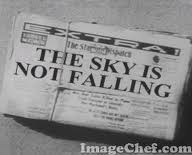 Recently the International Franchise Association (IFA) sent out its IFA Insider Newsletter (Vol. 19, Issue No. 47 ) with the following wake-up call to franchisors “next month the Maine legislature will address LD 1458 (Maine Small Business Investment Protection Act), the most far-reaching and harmful franchise relationship legislation in any state in the country”. They go on to say this will hurt Maine, with sub- standard products, and shrinking opportunities. They offer no evidence for their outlandish claims. If one looks at the states that have franchise protection laws quite the opposite is true (see below for factual claims).

The Maine Small Business Investment Protection Act, seeks to protect the citizens that choose to invest in Maine to seek their share of the American Dream. The challenge is that franchisors have updated franchise contracts that create a myriad of obstacles for Maine franchises owners to build, harvest or perpetuate their hard earned equity. The Maine Franchise Owners Association (MFOA) is an advocate for franchising in Maine, we want to establish protections for those that make the investments: the franchise owners. Protecting franchise owners in Maine will stimulate franchise investment and reverse the yearly trend since 2005 of less and less franchise units in Maine.

IFA and its franchisor members has little to no investment in Maine. They pay little to no taxes in Maine. The only tolls they pay are when they drive up I-95 to Maine, and New Hampshire (another state looking at legislating protections for franchise owners) gets some of those tolls.

It’s the franchisees (franchise owners) who invest in Maine, employ its citizens and support the communities where they live and work and pay taxes to Maine. There are over 3,500 franchised units in the State of Maine that directly employ over 38,000 Maine citizens with a payroll that exceeds $1 billion and a GDP approaching $4 billion.

I found this statement in the memo by the IFA particularly disturbing, “Even if you do not have franchises in Maine today, your voice can be heard by delivering a message to legislators that LD 1458 will make you LESS LIKELY to invest in Maine in the future due to its onerous regulatory environment for franchising”. First of all franchisors don’t invest in Maine, Maine franchise owners do.  Washington lobbyists asking people from out of Maine with no units in Maine to weigh in on a Maine legislative issue is out of order. That decision rests with Maine. Secondly, the word onerous pertains more to clauses in existing franchise agreements than it does to actual regulations that LD 1458 may include.

The Maine Small Business Investment Protection Act, follows the guidelines that were established in the Universal Franchisee Bill of Rights (www.franchiseebillofrights.org) which was ratified by 19 Branded Franchisee Associations and signed by over 1250 franchisees. The Maine Small Business Investment Protection Act would have no effect on existing contracts! The US Supreme Court has ruled on numerous occasions that State laws set little to no precedent on existing business contracts. The law, if enacted will only affect contracts that follow the date it passes or the date stated in the law if any. So don’t worry about the IFA outlandish claim regarding “sub-standard products”, that shouldn’t happen to any existing franchise in Maine.

The IFA’s also wildly claims that state regulations result in shrinking opportunities for franchising. In fact, it’s true that the number of franchise units have been shrinking in Maine for the last 9 years. According to the IFA’s own numbers: Volume #2, of the IFA’s report on the “Economic Impact of Franchising”, states that in 2005 Maine had 3,945 franchised units, with 909,253 franchised units nationwide. In 2007 Volume 3 of the report Maine has 3,674 franchised units, with 828,000 franchised units nationwide. These numbers predate the “Great Recession” which started in 2008. All in all franchised units declined by 7% in Maine, and -8.9% nationwide from 2005 – 2007. In comparison to states with good franchise protection laws in place: Iowa and Minnesota which both saw an increase from a total of 28,614 units in 2005 to 29,862 in 2007, that’s an increase of 4.3% compared with a decrease of 8.9% nationwide.

MFOA has put forth a significant amount of resources to utilize the best and brightest legal minds in Maine to work with the Maine Legislature and create a balanced and well-crafted “Maine Small Business Investment Protection Act” for the benefit of those franchise owners willing to invest in Maine’s economy.  Such an act would not be precedent setting as Maine legislators have passed similar legislation for Maine auto and equipment dealers as long ago as the 1970’s.

MFOA has been very willing to meet with IFA’s Lobbyist to intelligently discuss the issues and craft legislation that contains some basic protections for franchise owners. However to date, the IFA has declined the invitation. No matter what the IFA decides, they should stop making outlandish and unsupported claims.